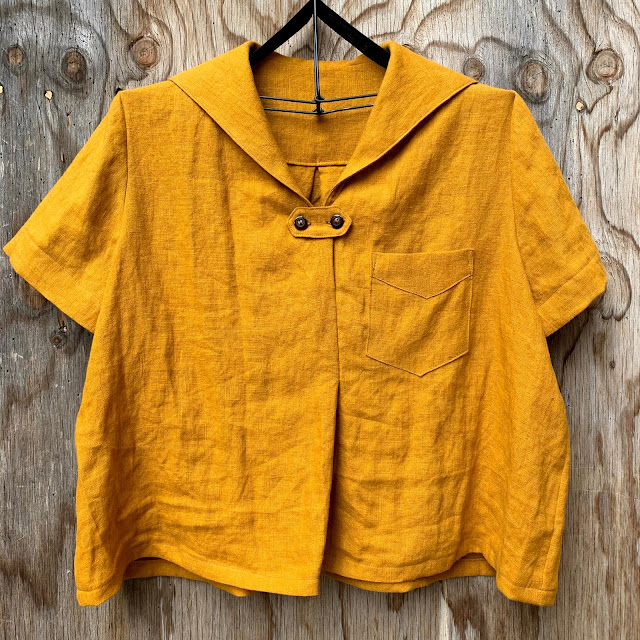 The Mary White pattern is a recent release from UK's Merchant & Mills. It's slated as Intermediate skill level and described thus: "A loose fitting dress or top with front and back pleats, side in-seam pockets (dress only), breast pocket and a sailor collar. Perfect attire for any board walk."

Merchant & Mills is not (as far as I've seen) forthcoming about the origin of the pattern's name. A quick internet search revealed a Dr Mary White, prominent Australian Paleobotanist who died in 2018, and a Kansas schoolgirl of the early 20th century, daughter of a journalist and subject of a 1977 movie about her life and early death from a horseriding accident. Your guess is as good as mine. *EDIT* thanks to our lovely friend Dorothy who remembered that M&M had answered the query a while back - it's a lifeboat!

I'm drawn to the sailor collar, but wary of the exaggerated look that brings to mind Popeye or Princess Di in the early 1980s. 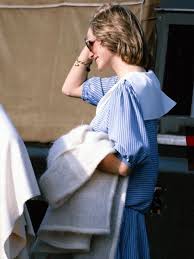 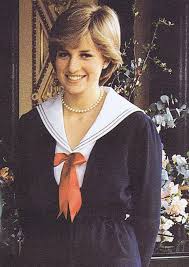 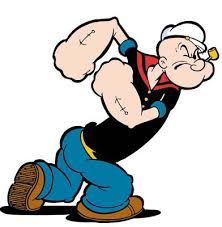 However I trust Merchant & Mills to keep it classy. So I selected our soft washed Lithuanian linen in 'Honeysuckle' and went to work on the top (the dress version is simply lengthened straight down, with added side seam pockets).

As usual with M&M patterns, the sewing process was full of satisfaction, with notches lining up beautifully, sleeves easing in nicely and so forth. However, I did find the front pleat quite a head-scratcher. I got there in the end, and it was partly my fault for making chalk marks (which became hard to discern) instead of the recommended tailor tacks. Next time, I'll take the time to tailor tack properly.

There is a section where facings are sewn to folded pieces of the front bodice, and in case it helps anybody, I offer the following as additional guidance in the second part of Step 13, where I found the diagram difficult to interpret:


After this, I sewed the closing of the pleat incorrectly several times before I finally worked it out. It's quite tricky to picture how it all comes together. If you're not sure, hand-baste the pleat and check it, which will be easier to unpick than my 'surely this time' machine sewing!
I had concerns about the length of the top (fairly cropped), but in the end I think it's fine. Taller people might like to add a bit of length though. I may have hemmed it a tad longer than as per pattern. Here it is in action, worn with shorts in (sold out) Traditional Japanese Dinosaurs, made with the Closet Core Carolyn Pajamas pattern. Better rumpled photos than not at all. 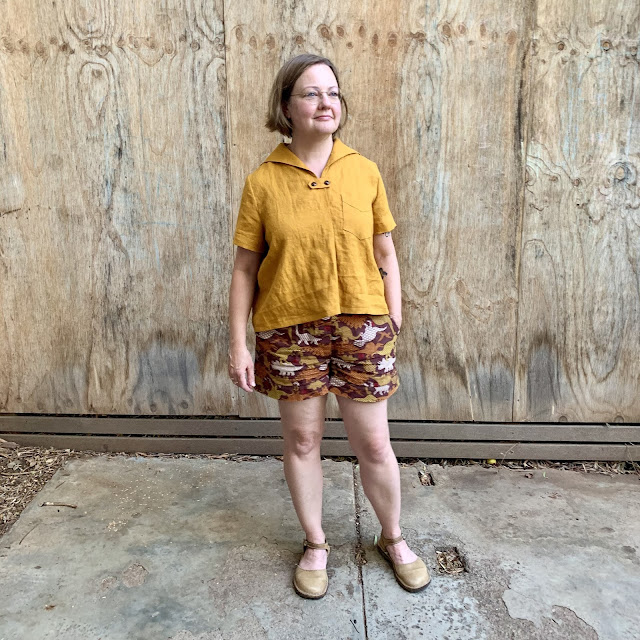 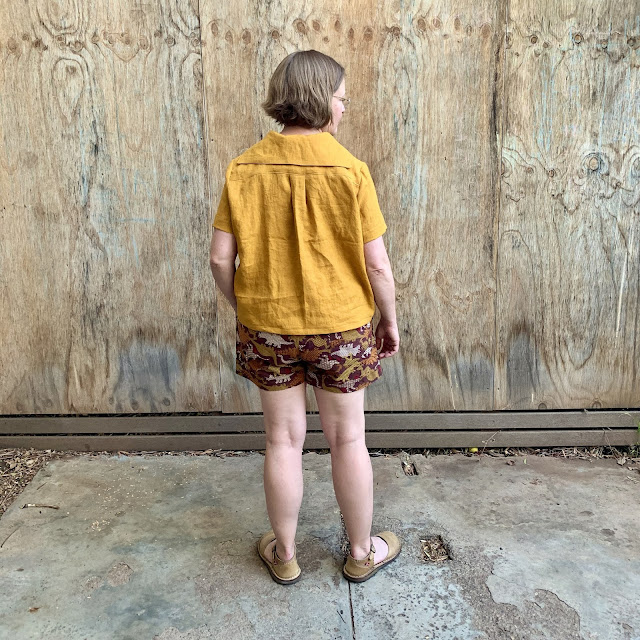 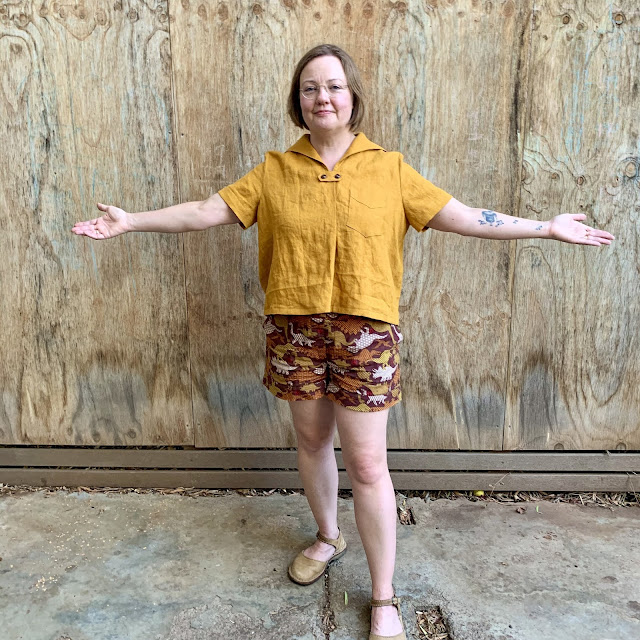 PATTERN: Merchant & Mills 'The Mary White' Top & Dress
FABRIC: 'Honeysuckle' Lithuanian Washed Linen, 210gsm  1.4m as per pattern - we find M&M generally accurate with yardage and their layouts make efficient use of fabric.
SIZE: 14
ALTERATIONS: none
COMMENTS: Ultimately, after some frustrations, this was a satisfying sew. If I end up leaving this at the shop as a sample (as planned), I would like to make one to keep for myself. I actually chose this colour linen because I adore it (so, enjoyed the sew) but thought it was better suited to people with darker colouring... so I wouldn't be tempted to keep it. But I think the colour looks surprisingly fine. I'd better crack on with another 'keeper' then!
February 11, 2021 by Jane Goldney
Tags: linen Merchant & Mills Pattern review shirt
Share
Older Post Back to THE DRAPERY BLOG: Pattern Reviews & News (click 'filter' for categories) Newer Post

Ahoy there! Care to join our email list for occasional newsletters and offers?